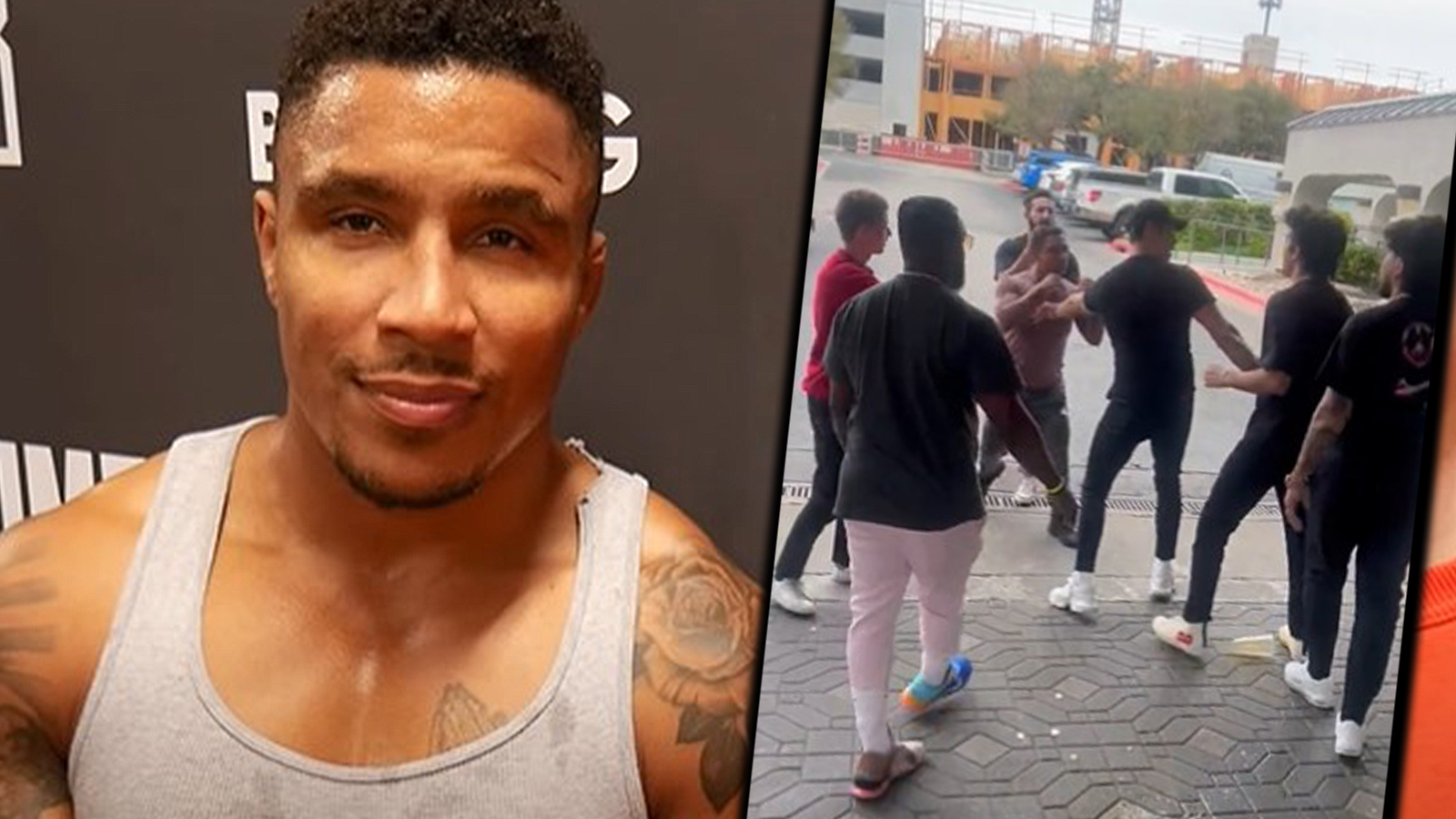 Boxer and mixed martial artist Anthony Taylor claims he has been banned from the upcoming Misfits x DAZN boxing event after a scuffle with fellow fighter Dillon Dennis.

The next Misfits x DAZN boxing event is happening this weekend in Austin, Texas – but it looks like Anthony Taylor won’t be there to support.

On November 18, weigh-ins were held for all competing fighters. During the proceedings, MMA fighter Dillon Dennis was approached by YouTube star KSI, who was helping promote the event as CEO of Misfits Boxing.

The two have had a beef going on for some time now, with rumors of a fight going on between them, so it wasn’t completely unexpected (though it was still definitely shocking) when they got into scraps during a live broadcast. Went.

After being separated, it appears as Dennis was involved in another scuffle with Anthony Taylor outside the venue moments later.

Now, Taylor is claiming that he has been banned from upcoming boxing events, as reported in a tweet published the same day.

He wrote, ‘Just got banned and can’t attend the event tomorrow.’

So far, KSI and DAZN have yet to comment on the subject, but fans are theorizing that Dillon’s scrap with KSI could be staged to promote a future fight.

This would be an interesting turn of events, as KSI’s name has been linked to three different fighters recently, including Dennis. Most recently, Tyron Woodley slammed the YouTuber for allegedly backing out of an alleged fighting contract and taking a “lesser opponent” instead.

That “lesser opponent” could be Joe Fournier, if rumors are to be believed, after the alleged fight poster for the bout was leaked to DAZN. It is still not clear whether this card is genuine or not.

For now, it’s looking more likely than ever that KSI’s next opponent will be Dennis — and with the YouTuber set to reveal their next fight on Saturday, fans are more excited than ever.