Bruna, 27, split from the Paris Saint-Germain forward in August after a year together.

Neymar, 30, is expected to play for Brazil in their first World Cup Group G match against Serbia at 7pm today.

Meanwhile, a Serbian boy has gone viral after confidently declaring on live Brazilian TV that his country will thrash one of the tournament favorites 3-0.

He claimed Serbia was going to embarrass Brazil and Neymar would “cry like a baby” when they meet today.

the boy told ESPN Brazil: “I think Serbia will win 3-0 against Brazil. 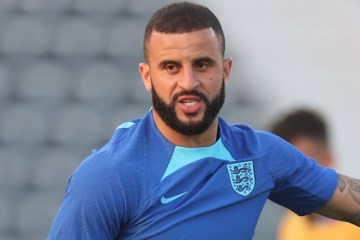 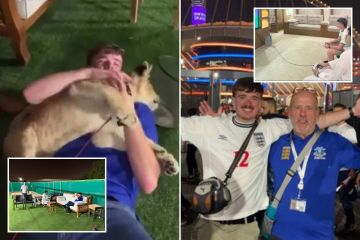 “Because Mitrovic will score two goals for the start [first half] And [in] Second [half] Vlahovic would score.

,[That’s] because the whole [Brazil] The defense is scared and Neymar is about to fall down crying like a baby.”

But such a scenario seems unlikely as Brazil is one of the favorites to win the World Cup this year.

The Brazilians had an impressive winning record as they won 12 out of 13 matches before losing to Argentina in last year’s Copa America final.

And Neymar is also the favorite to get a historic Golden Boot under his belt.

Brazilian superstars like him and Vinicius Jr. will be eager to bring the prize back to the South American country.