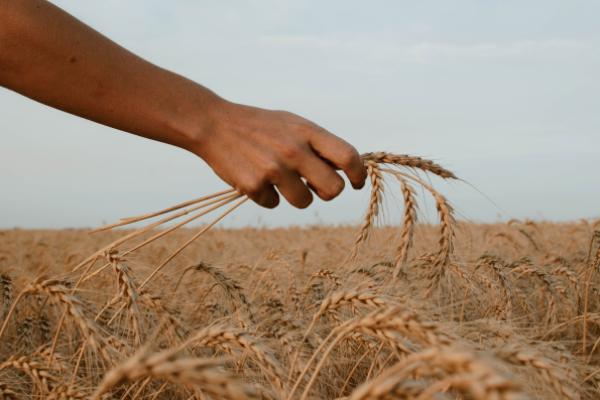 By 2 November, Russia rejoined the Ukraine grain export deal, brokered by Turkey and the United Nations. The agreement will allow safe passage of ships exporting grain from Ukraine. Russia’s Foreign Ministry confirmed the extension of the deal for 120 days starting on 18 November.

What happened: In reaction to the news, Chicago SRW wheat futures fell from $859.75 per bushel to $814 per bushel as of Monday morning.

President on 7th April, 2022 Volodymyr Zelensky announced that about 22 million tons of grain are blocked at the ports of Ukraine.

Ukraine has exported about 16.2 million tonnes of grain so far in the 2022/2023 season, down 31.7% from the 23.8 million tonnes it exported at the same stage last season, according to agriculture ministry data shown on Monday.

The Ukrainian government has said it may harvest 50 million to 52 million tons of grain this year, down from a record 86 million tons in 2021 because of land losses to Russian forces and low yields, Reuters reported.

Read also: Maintenance of the Nord Stream pipeline will end on July 21: will the Kremlin resume the supply of oil and gas to Europe?

Why it matters: Although Russia appears to be holding up its end of the deal for now, there are concerns about how long it will actually last.

CNN reported that before resuming the agreement, Russia suspended its participation in the agreement on 29 October, citing Ukraine’s drone attacks on the Ukrainian city of Sevastopol.

Since the start of Russia’s “special military operation” on February 24, 2022, Russia has been reducing and eventually shutting down oil and gas supplies from the Nord Stream 2 pipeline, as well as hindering Ukraine’s exports on the Black Sea doing.

This is leading many Ukrainian shipowners to question the legality of Russia’s involvement.Data from the Ukrainian Ministry of Agriculture showed that 3 million tons of various cereals were exported in the first 20 days of November, which is 29.7% less than in the same period in November 2021.Although the blockade has been lifted, it appears that the owners of the Ukrainian ships are concerned about safely crossing the Black Sea without hitting a mine, or being targeted by airstrikes or submarines.The African Development Bank reports that wheat price increases of up to 45% in Africa could push food prices much higher for countries such as Egypt, Bangladesh and Moldova, which depend on Ukraine’s wheat. All it takes is one drone strike, miss fire, or Russia to back out of the deal to send wheat prices back up.